Depression UK: Half of us say we battle the blues as illness hits twice as many people as official statistics show 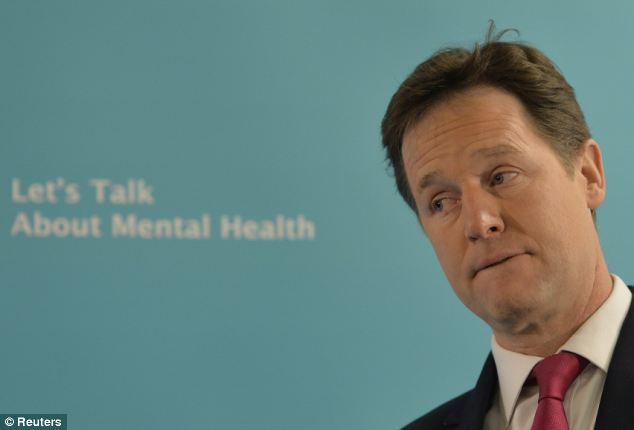 Half of us say we have felt the despair of depression – twice as many as official statistics suggest.

A survey by a leading charity found that almost one in two Britons report having experienced feelings of depression.

The usual estimate given is one in four. The poll, by the Depression Alliance, asked thousands of adults whether they had ever experienced depression, and 45 per cent said yes.

Almost nine out of ten of these also said they had suffered loneliness as a result of depression, with many struggling to find others to talk to about the condition.

The survey comes amid a major push by the Government to put mental wellbeing on the NHS map.

Officials have warned that some sufferers of mental illness have the same life expectancy as people living in the 1950s.

Many patients with mental health problems die early because of other physical conditions that are not managed well enough, including heart disease and cancer.

Patients with schizophrenia will, on average, die 14.6 years earlier than the general population, while those with bipolar disorder generally die 10.1 years earlier.

Yet some of the 40,000 deaths among people with serious mental illness each year could be cut if they received the same healthcare checks as the general population, according to NHS England.

Deputy Prime Minister Nick Clegg said yesterday: ‘We are still not doing enough to address the often serious physical health problems of those with mental health difficulties. For example, on average the life expectancy of men with severe mental illness is 20 years less than the rest of the population. For women it’s 15 years.’

However, the Depression Alliance said many people are still failing to acknowledge their depression, leading to its impact being seriously under-estimated.

Its survey of 2,000 adults, carried out by pollsters ICM Research, found just over a third of men (37 per cent) and half of women (53 per cent) said they had been affected by depression at some stage.

But it seems men may be less likely to get help. Separate figures show nearly two-thirds of patients seeking treatment for depression are women, with almost 475,000 women referred for counselling or behavioural therapy last year, compared to only 274,000 men.

Nick Clegg pictured today delivering a speech on mental health. He said not enough was being done about tackling the illness

Figures released last week also showed that women under 50, and especially those in their 20s, are most likely to seek help using so-called ‘talking treatments’.

The charity’s survey found that seven in ten men who reported suffering from depression found talking to someone close about things was helpful in maintaining their recovery, compared with almost eight in ten women.

But 86 per cent of those who had been depressed said they were often lonely and unable to share their experiences with others.

Emer O’Neill, the charity’s chief executive, said: ‘This survey clearly demonstrates that to maintain recovery from depression people need to have access to other people with the condition. The loneliness and isolation that come with depression can have a devastating impact on people from all walks of life.

‘This can be a particular problem for men who often do not have the same social support networks that women have.’

Former footballer Stan Collymore, who has helped the charity raise funds for its website and support community Friends in Need, said: ‘Depression is a very isolating illness. You can be around friends, you can be around family, and if they don’t understand exactly what you’re going through it can actually exacerbate issues and matters and make them worse.’

Mental illness costs the economy more than £105billion every year, with depression and anxiety alone costing £16.4billion through NHS treatment and lost earnings. 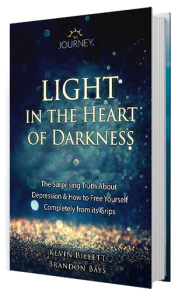 LIGHT IN THE HEART OF DARKNESS